The differences between European and American startups
Back to all articles

As we speak, one of our founders, Cătălin Briciu is currently on a three-month-long business trip in the USA (September to December 2022) to enhance our understanding of the cultural differences between American and European startup ecosystems. Our objective is to refine Linnify’s tailored solution to how American start-ups can accelerate innovation and development processes by following a validation-driven approach.

Are you part of an American start-up or do you have an idea that needs to be validated? Drop us a line at contact@linnify.com. Let’s build your product.

Having an idea for a product is easy. Making a successful business out of it isn’t. If anyone tells you otherwise, do yourself a favor, and leave the conversation immediately.

Founders have a difficult time launching a successful startup as they have to face various challenges in their journey. Be it running out of cash, coming to the conclusion that there is no market need, or getting outcompeted among other reasons.

‘70% of startup tech companies fail after around 20 months after their first financing round.’

But, is failing that bad? Well, it depends on who you’re asking.

This article unveils some of the main cultural differences between American and European startups and their path toward finding success in the market.

Americans seem to be more understanding and tolerant of entrepreneurial failures, as they see them as learning opportunities to get on the right track faster.

‘Try again, try harder, the only real loser is the fighter who remains down for the count’.

Having an ‘active fail’ is even considered to be a plus for some. The mantra in Silicon Valley even became ‘fail often, fail fast’. This means that the more mistakes a founder makes early on, the faster they are able to learn and perfect their business model for future success.

Europeans on the other hand, don’t necessarily see failure as a good thing. Entrepreneurism tends to be discouraged as it will possibly end in failure. There is even a stigma that can be felt toward the founders that had a failed endeavor in their ancestry. Failure is perceived as shameful and people tend to lose their trust at this point

Raising money for a startup is challenging.

The USA has more VC firms and individual investors than Europe. Therefore, it’s easier to raise funding there. According to Dave McClure although there are interesting startups in Europe, they still operate with limited investment. Especially in the early stage.

‘Historically, Europe’s ecosystem has been less effective than that of the United States at turning start-ups into late-stage successes.’ 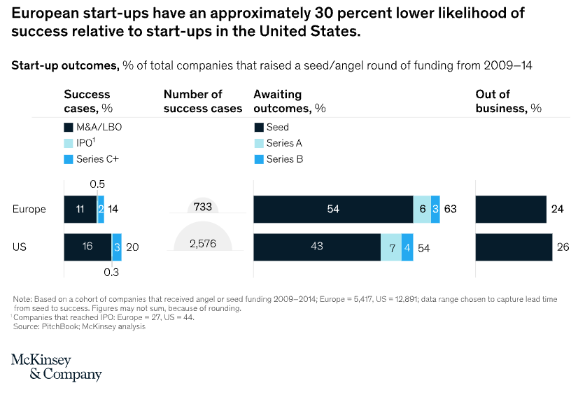 Furthermore, European start-ups have lower success rates and seem to record less progress through all series of rounds in comparison to the American start-ups in aggregate.

US funds are also known to be significantly larger in size, as the average US fund size is estimated to be around $282 million. In comparison, in Europe, the average fund size is about $128 million.

This average fund size doesn’t bring better performance, but it’s a clear indication of the ease of to access capital.

It is clear that the domestic value pool is fragmented.

The European market is split into multiple cultures, languages, and governments. This means that the market is more fragmented. It is not a single market. This has a profound effect on start-ups' main focus points during their early years.

Startups have to rebuild their brands for individual markets. They have to translate their products into multiple languages and the partnerships in their targeted country need to be built from the beginning. Just accommodating new languages and payment methods require greater investment for development than what it would usually cost for an American start-up. 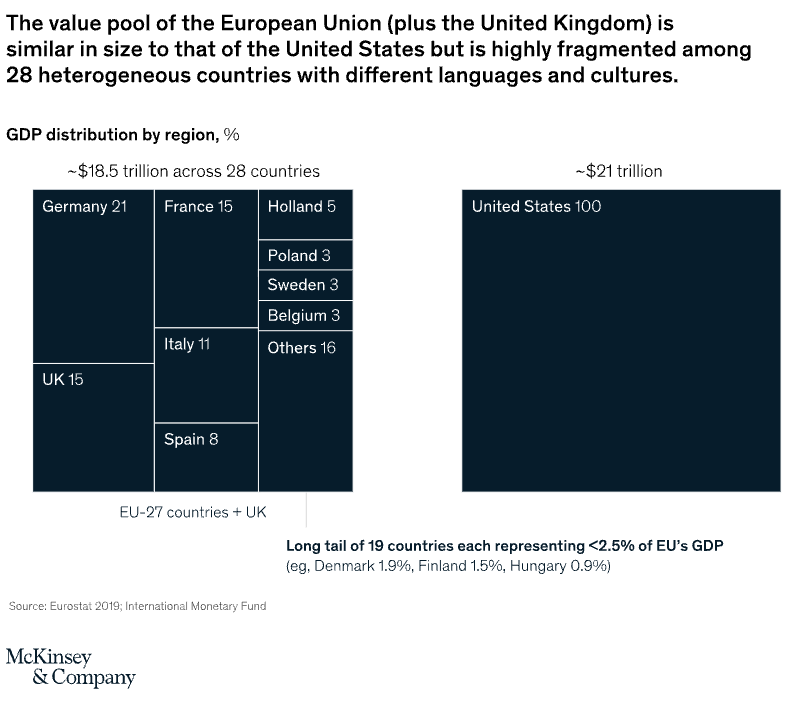 On the other hand, the American market has access to more than 300 million people that have similar cultural and demographic characteristics, having a more homogenous market.

Cătălin aims to better understand the cultural differences between the American and European startup ecosystems. He is doing that by meeting up with startups, accelerators, incubators, and investors. This is part of our market analysis of the specific needs and challenges that they face in the US innovation ecosystem.

This will highly contribute to the adaptation of Linnify’s processes to accelerate American start-ups' innovation and development process through tailored services based on validating the market need first. 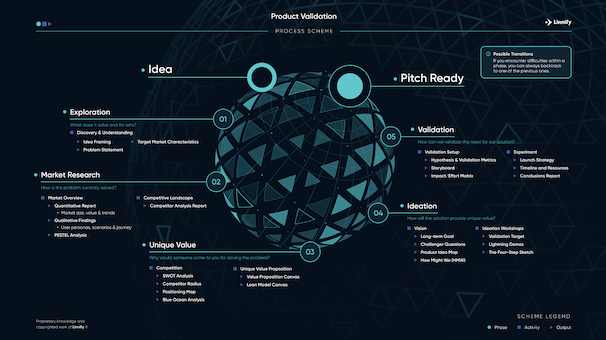 This unique validation process (which combines different methodologies into a structured and clear approach) will help founders by:

The process helps founders answer 2 crucial questions in the early stages of their startup:

Want to see how Cătălin’s journey goes? Follow him on Linkedin.

Read more
Related articles
These three diseases are killing your product. Learn how to keep your product healthy
Just like any unbalanced organism or system, a product can suffer from diseases that will slow down or even stop its progress toward success. Andreea Ghic, Head of Product Management, offers you guidance in identifying and treating these product deficiencies from their root. To keep your product in healthy development, read her article now.
Andreea Ghic

The differences between European and American startups | Part 2 of the Linnify in the US ecosystem series
Cătălin Briciu is currently on a three-month-long business trip in the USA to enhance our understanding of the cultural differences between American and European startup ecosystems. This is part 2 of his findings, regarding investor attitudes and revenue versus growth first.
Cătălin Briciu